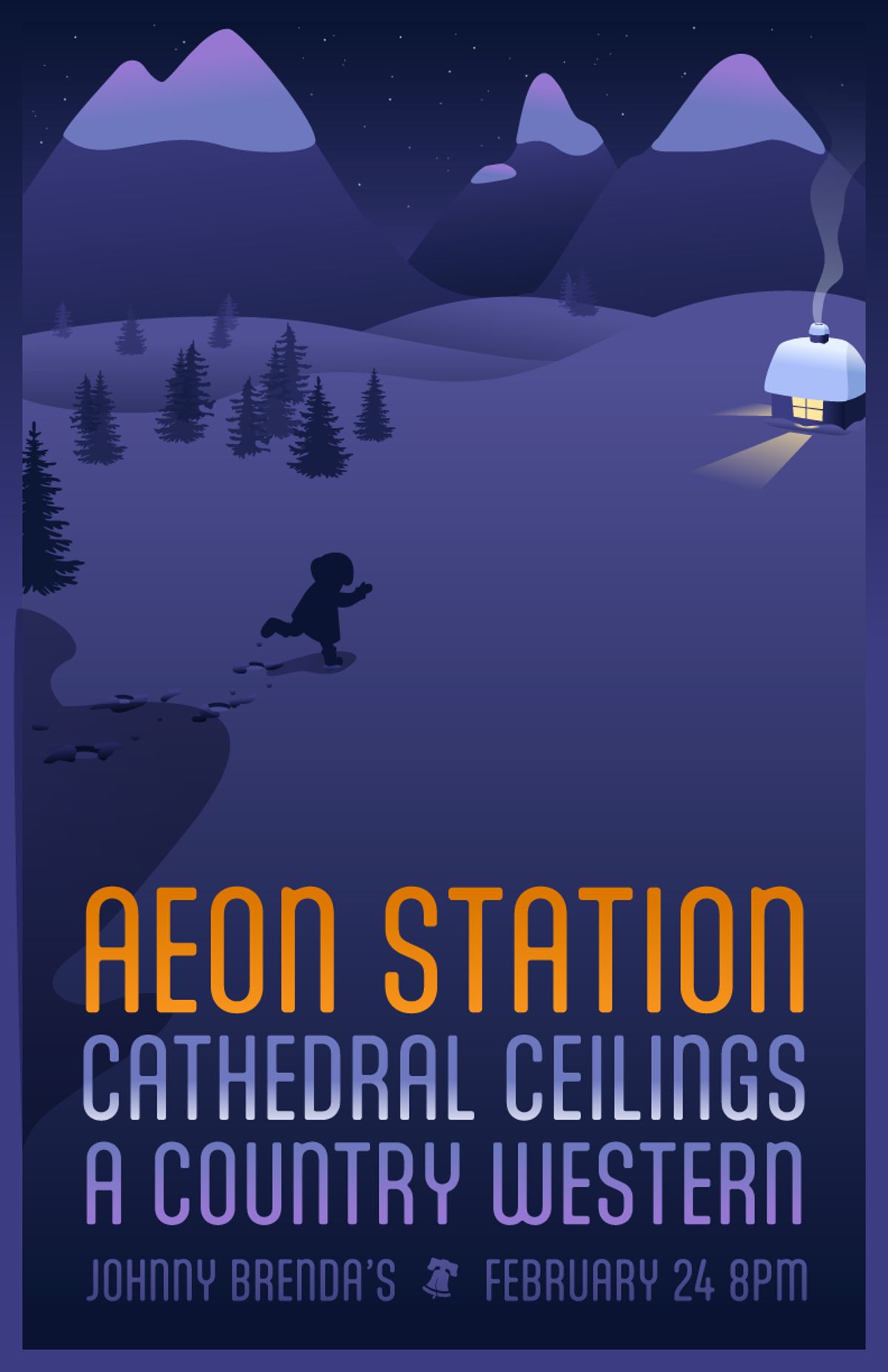 Aeon Station’s Observatory is an epic statement more than a decade in the making, with miles of timeless melodies and the kind of overpowering songwriting that will reaffirm your belief in life itself. Longtime Wrens member Kevin Whelan’s first solo album draws heavily from the perseverance of the soul, resulting in rock music possessing an infectious and inspiring sonic uplift. If you’re familiar with Whelan’s past work, these ten tracks bear a certain and unmistakable familiarity—but they also mark an exciting new chapter in Whelan’s musical career, as he steps out with more vulnerability than ever before.

Observatory came together carefully for Whelan—over the course of 14 years, specifically, as clusters of demos and sketches were eventually assembled and recorded largely by Whelan himself, with assistance from Wrens bandmate Jerry MacDonald as well as Tom Beaujour in his Union City recording space. “It’s the best I’ve done and may ever do frankly,” Whelan states. “It’s written over such a long period of my life. Music I did in the past was tinged with expectations or presumptions, but this time, it was just for me.”

The long gestation of Observatory means that a lot of lived experience went into making this album. As time passed, Whelan got married, started a family, and moved to the Asia Pacific region for a period of time; at 15 months old, his son (now eight) was also diagnosed with autism, and the title of Observatory itself is inspired by Whelan’s own relationship with his son.

“The moment you’re told your child is not ‘neurotypical,’ your whole world expands in ways you never imagined,” he explains. “Even though he doesn’t speak much at all, or look at anyone directly, you can see him observing everything around him. The album title reflects upon the stories within the songs — each one observing a certain situation or feeling.”

Whelan’s scope of musical vision on Observatory is wide open and free with possibilities—at once recalling the reflective wisdom of Bruce Springsteen, Broken Social Scene’s huge anthemic burn, and the Wrens’ own pulsing-with-life take on rock music. Above all, this is music not only for dreamers but for those who realize and appreciate the enormity of every moment. “It’s about never letting go about those dreams and your passion,” he states. “The album starts from a place of realizing that everything is temporary, what we love eventually changes or leaves us, and regardless we continue to search and find our way back home.”