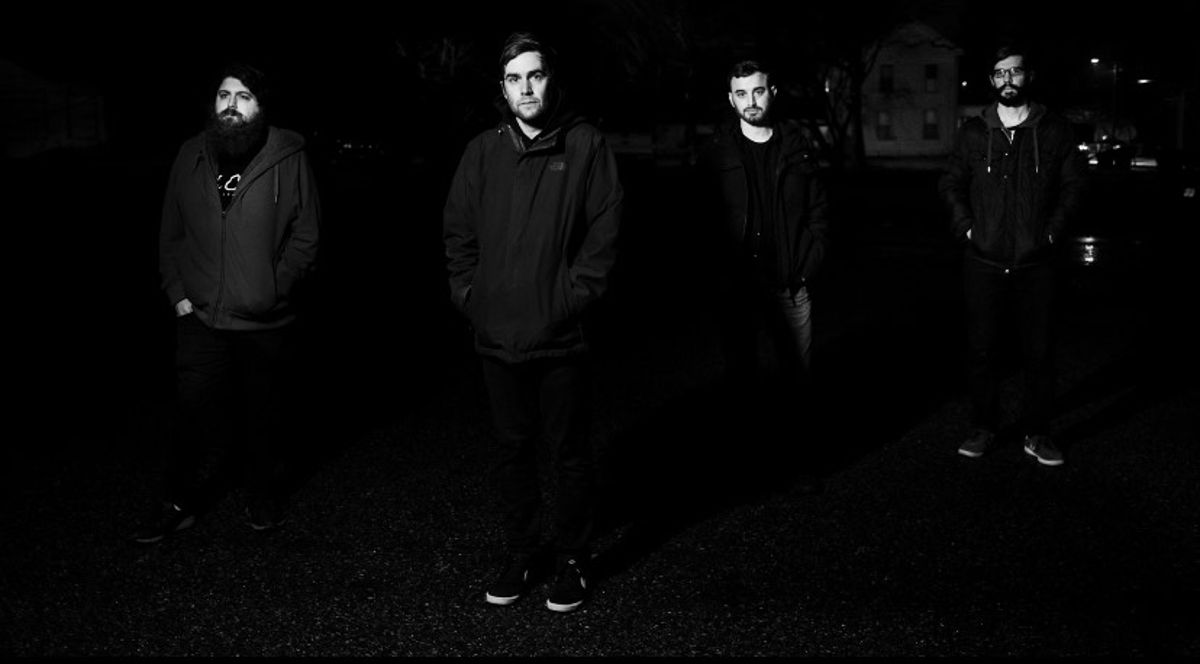 Brackish released their self-titled debut album in May 2022. After steadily releasing EP’s, singles, and touring the East Coast and Midwest, the band felt ready to take on a new challenge they had yet to face. After recording two songs (“What Makes You Say”, “For Your Own Good”) with Ace Enders (The Early November), to get a feel for the process, Brackish recorded the other ten songs for their album on their own in their practice space in South Jersey. Recorded by drummer and lead guitarist, Zach Miller and Tim Fitzpatrick, mixed by the band, and mastered by Noise War Sound. Featuring Riley Byrne on keyboards and strings. The stream-of-consciousness style lyrics, catchy bass lines, ethereal leads, and dynamic drums act as the watermark Brackish takes with them as they move forward.

LATEWAVES (9:00 PM)
LATEWAVES was born on a warm New Jersey morning in 2016. Waking up on the beach after
a long night, Shawna Grabowski (drums) and Mike Pellegrino (guitars/vox) decided to finally
take action on their pact to start a band. After accosting longtime friend Howie Cohen
*(bass/vox)*, and a few EP’s and tours later, the band decided to put everything they had into
creating their first full length , Hell to Pay, with the help of Brett Romnes (producer of Free
Throw, Heart Attack Man, Hot Mulligan, Seaway) and Vinnie Caruana (The Movielife, I Am the
Avalanche).
MAXWELL STERN (8:00 PM)

Maxwell Stern proves himself as a veteran songwriter with his debut LP Impossible Sum. It’s a folk-rock record for the people that features a roundup of artists like Laura Stevenson, Adam Beck (Into It. Over It, Sincere Engineer), and more. Inspired by musicians like Tom Petty, The Weakerthans, and Jets To Brazil, Impossible Sum explores the interconnected nature of life that we often look over.