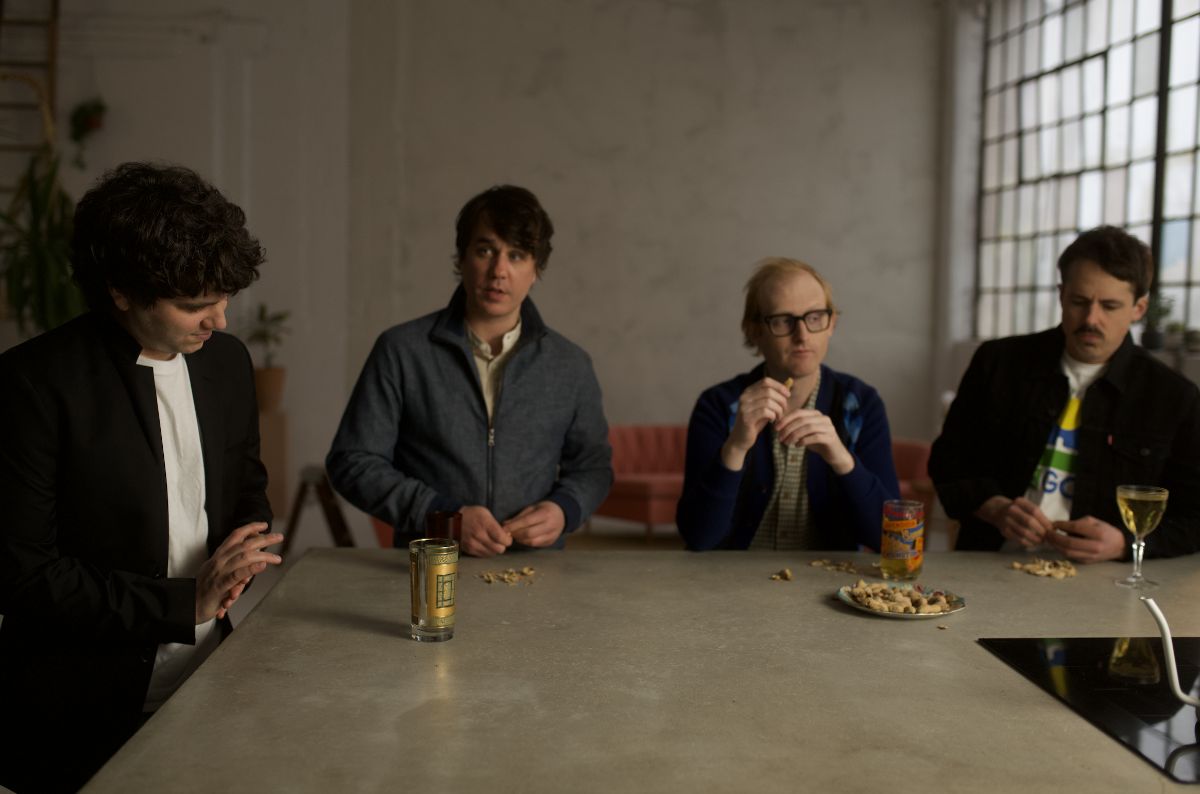 Refracting the realities of late-capitalist city life and the impossibility of work-art balance in a high-rent metropolis through satire and sarcasm, Toronto’s Kiwi Jr. has shaped their own deadpan postmodern indie rock. Their third album, Chopper, overseen by producer Dan Boeckner (Wolf Parade, Handsome Furs) was release on Sub Pop Records in Summer 2022.

Ringing from hi-fi headphones and blown-out boombox speakers alike comes the overloaded guitar genius of Easy Listening, a record of rock ‘n’ roll daydreams and terminal boredom, and 2nd Grade’s long awaited second LP on Double Double Whammy. Like a blue slushy on a hot day, Easy Listening is a sweet respite. Like the Blue Angels touching down on the Las Vegas Strip, Easy Listening is impossible to ignore. And like a janitor mopping up beer on the floor of the Hollywood Palladium in 1972, hours after the Rolling Stones have finished “Ventilator Blues” and climbed onto the bus, Easy Listeningknows the glory and cost of escapism, abandon, and the soul of rock ‘n’ roll. Philadelphia’s 2nd Grade is a band both obsessed with and worthy of rock stardom, and Easy Listening proves their status as virtuosos of the power pop renaissance.