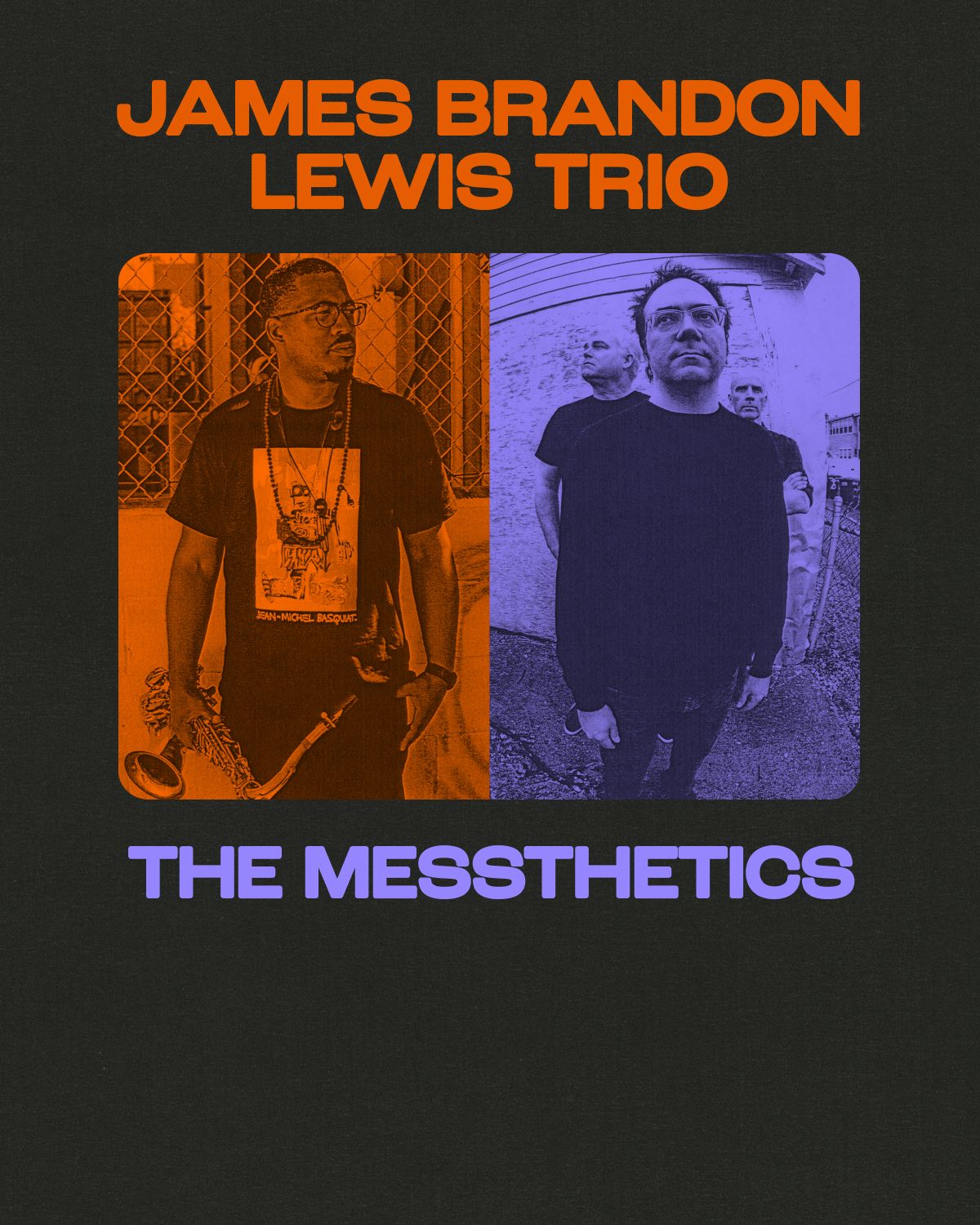 The last time drummer Brendan Canty and bassist Joe Lally were in a band together, they were the rhythmic architects for Fugazi, an organization whose decade and a half of disciplined progressivism provided a necessary bridge between the zenith of late-punk expression and everything alternative in rock that followed. In 2016, the two were enlisted by guitarist Anthony Pirog in a conspiracy to subvert and reimagine the power trio, bringing fully into the 21st Century a form that may have reached near perfection with Hendrix’s Band of Gypsys on the very first day of the 1970s.

With a self-titled recording scheduled for release in the Spring of 2018 on Dischord, the Messthetics will widen the reach of a decisive instrumental music that so far, they have only shared with a privileged handful of east coast and southern audiences. Across its eight original compositions and one cover, Anthony guides the sound through complex changes and harmonic densities that might compound, but never confound or muddy its connection with the listener’s body. Recorded by Brendan in their practice space, the group’s debut gives Anthony ample opportunities to swap guitar textures and styles as freely as an octopus changes patterns.

I would think James would have a personal reference for such a title as Eye of I, the poetic ululation of the trio of words, not unlike the sound of this particular human trio of music messengers. To my mind, Eye of I is in reference to a focus, and a focus which is not entirely disciplinarian but one infused with the spiritual. Having played a tiny bit with James at a loose session some years back, I felt the sound of meditation, prayer, and thoughtfulness in both a search and an acceptance of vibratory creative impulse. We just went into an elemental wave of sonics as a free thought recognition of peace and bliss in concordance with all the wild conflict this universe has in both its real world and dreamscape. The music went outside of any physical construct of time, space and judgment, feeling perfectly imperfect as a cosmologic unification of open-hearted love.

James’ compositions are at once the sole realizations of his own “living music” concepts, the aura of actually “seeing” the music as it is conjured and gifted from the composer’s mind, spirit, and body, as well as being defined to a profound degree by the interaction of players James finds himself compatriot to. The JBL Trio on Eye Of I is James on tenor, cellist Christopher Hoffman and percussionist Max Jaffe—augmented on two tracks by the guest appearance of cornetist Kirk Knuffke, and joined on a third by Anthony Pirog, Brendan Canty. and Joe Lally of The Messthetics—players who have been on the scene, and who are obviously in the mix for JBL as these serious soul serenaders are not afraid to dig in hard to the dynamics being proffered, always allowing a sophistication to present a sentient, sometimes placid (with youngblood rambunction, underlying and playful) groove, a groove dealing with intellect as natural guidance—music reflecting the masters and finding its own communitarian grace.