Rising Sun Presents: "A Song For Everyone" 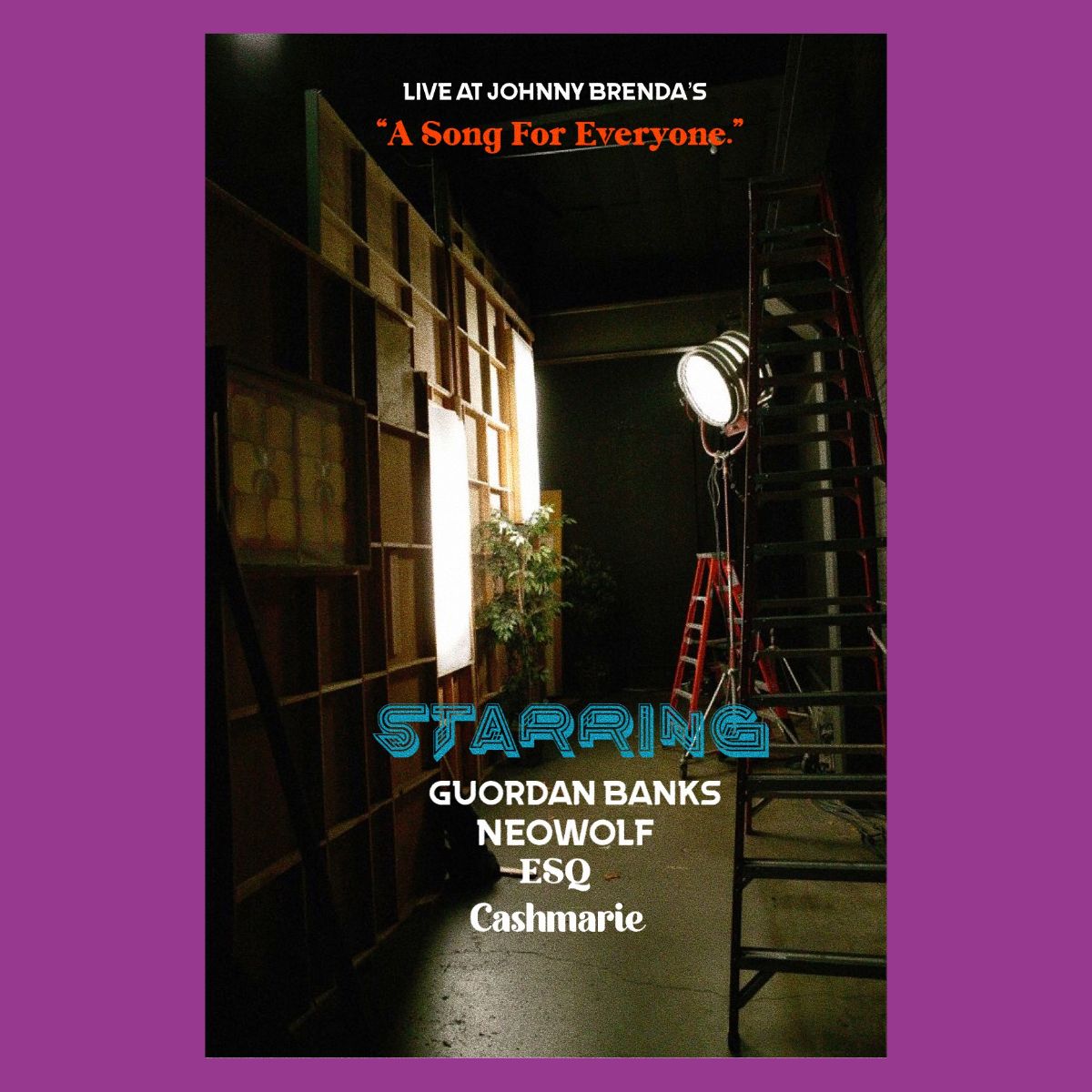 Philadelphia native Guordan Banks is a songwriter and contemporary R&B balladeer with a smooth, mildly raspy delivery honed from years of singing in church choir. While pursuing a career as a lawyer, Banks switched his focus to music. Early single “One Day” echoed the style of John Legend, an artist Banks would later work with. His mood-diverse debut EP/mixtape, A Song for Everyone, appeared in 2014 and featured performances by Ayo and rappers Meek Mill, Omelly, and Wale. It was released on Mill’s Dream Chasers Records.

Mars Parker is a songwriter, visionary and audio engineer. Lead Singer in Pop/Funk Band “NeoWolf”. Also the owner of SadBoyPhl & StayPressed Studio. The Philly native’s audacious demeanor shapes his character, bringing you a sound like never before. In a world where trends are at an all time high, he has a unique curiosity to explore sounds and vibrations that go against the grain. Mars Parker is best known for his consistency and quality over the years, and after dropping “FRAGiLE” & “FRGLE2” with in-house producer/partner Esquire, there is no doubt that he is the face of Pop Music in Philadelphia’s Underground.