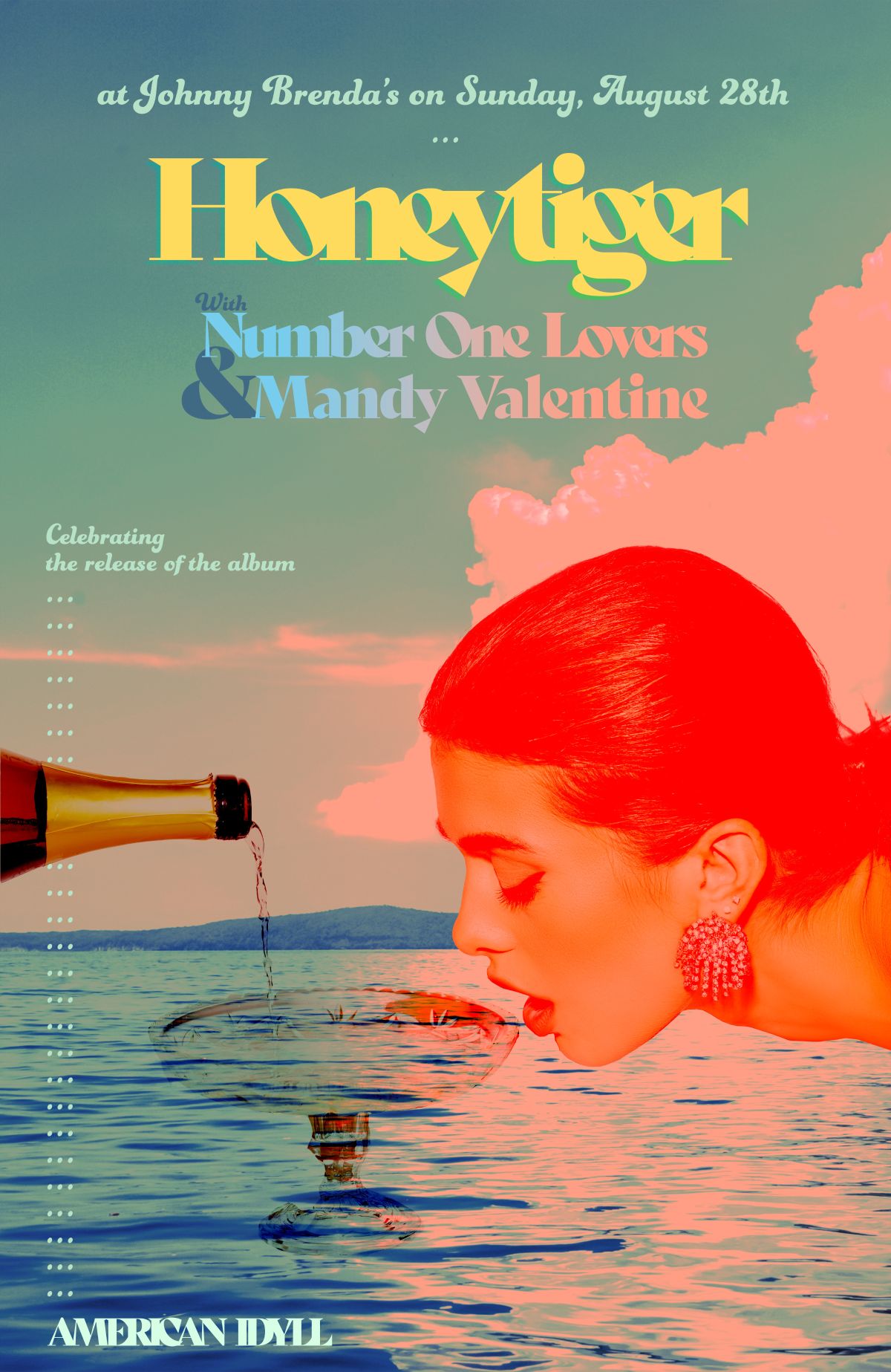 Honeytiger is a two-piece rock band from Philadelphia set to release “American Idyll”, a 2022 album that documents an impressionist view of California from the east coast into disillusionment and subversion of the American dream as a capitalist drone. From their debut “Half Clean”, a catchy indie-rock album in 2016, to 2019’s darker “Brain On The Wall”, Honeytiger has finally learned to surf with American Idyll, although the surfboard is cracked. Their music matches diverse and moody drum hooks (Josh Glauser) with a single electric guitar (run through multiple octaves and amps) while mercurial vocals (Isaac Clark) croon through stages of baritone to smooth falsetto.  Honeytiger takes on catchy pop-rock, dark indie-rock, and broken-hearted slow-motion car crash songs.

Never taking themselves too seriously, Philadelphia based 5 (or more) piece Mandy Valentine brings a fresh take to some classic country and rock n roll themes. With galloping rhythms, close harmonies, and lyrics like, “I see a whippoorwill, oh, start to fly and feel so lonesome baby I could cry”, Mandy Valentine hopes to evoke mid century country icons like Hank Williams, Elvis Presley, and the Everly Brothers—just if they were a little more punk. Fronted by predominant song writer, Missy Pidgeon, MV will surely appeal to anyone previously a fan of the catchy, singable melodies found in her prior Philly based garage/surf band, Blushed. Missy is joined by Abbey Heir on percussion and vocals, Sam Perduta on guitar, Jay Johnson on bass, and Mattie Klauser on drums. While MV is a new band on the scene, all of its members have been active in Philly DIY for a while including in ongoing projects like Pillow Princess, Elison Jackson, and Three Yards to Dover. With their experience comes a relaxed comfort on stage that invites audiences to get loose, boot scoot, and tumble along like tumbling tumbleweed. MV is currently working on recording music at Tralfamadore in South Philly with Mattie leading production.