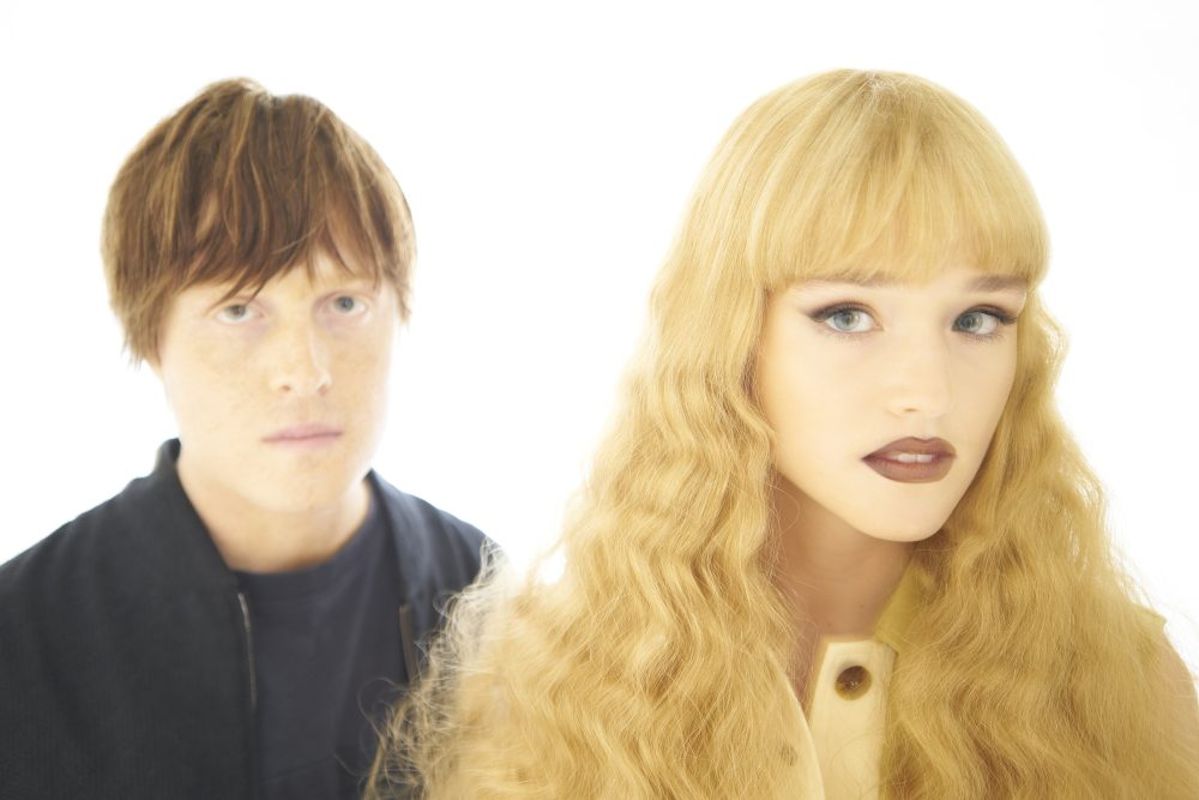 Jockstrap formed in 2017 after Georgia (also of Black Country, New Road) met Taylor at the Guildhall School Of Music & Drama where they were studying jazz and electronic composition respectively. Generally speaking their modus operandi has been to produce a violently spatially and temporally disrupted form of pop music which sometimes sees them gleefully break apart existing styles only to expertly reassemble them and other times sees them mint entirely fresh genres. Both of them grew up playing and loving classical music and picked up a bug for jazz in college, but their other shared interests include Disclosure and Mica Levi, with Taylor having a penchant for Bob Dylan, and Georgia for Joni Mitchell. They have released a clutch of singles, EPs and a mixtape over the last five years, already giving rise to something of a press narrative: Georgia sings a classic pre-rock & roll orchestral lounge pop song while Taylor forces it through a post-dubstep blender, mixing old with new.

But their debut LP, I Love You Jennifer B, blasts that simplistic reductionism to smithereens. Releasing in the Fall of 2022, Georgia and Taylor said: “I Love You Jennifer B is a collection of Jockstrap tracks that have been 3 years in the making. Everything on it is pretty singular sounding so we hope there is a track on there for everyone and something that speaks to you and says ‘I’m a banger.’”

Much has been made recently of the resurgence in interest in the song ‘Running Up That Hill (A Deal With God)’ via its appearance on the Stranger Things 4 soundtrack but Jockstrap are the only young artists in the UK (both are 24) who currently have the same vision for bending classic pop into wonderful new shapes that Kate Bush had during the mid-80s. Jockstrap effortlessly capture the chaos, joy, uncertainty, intrigue, pain and romance of 2022 like no other.