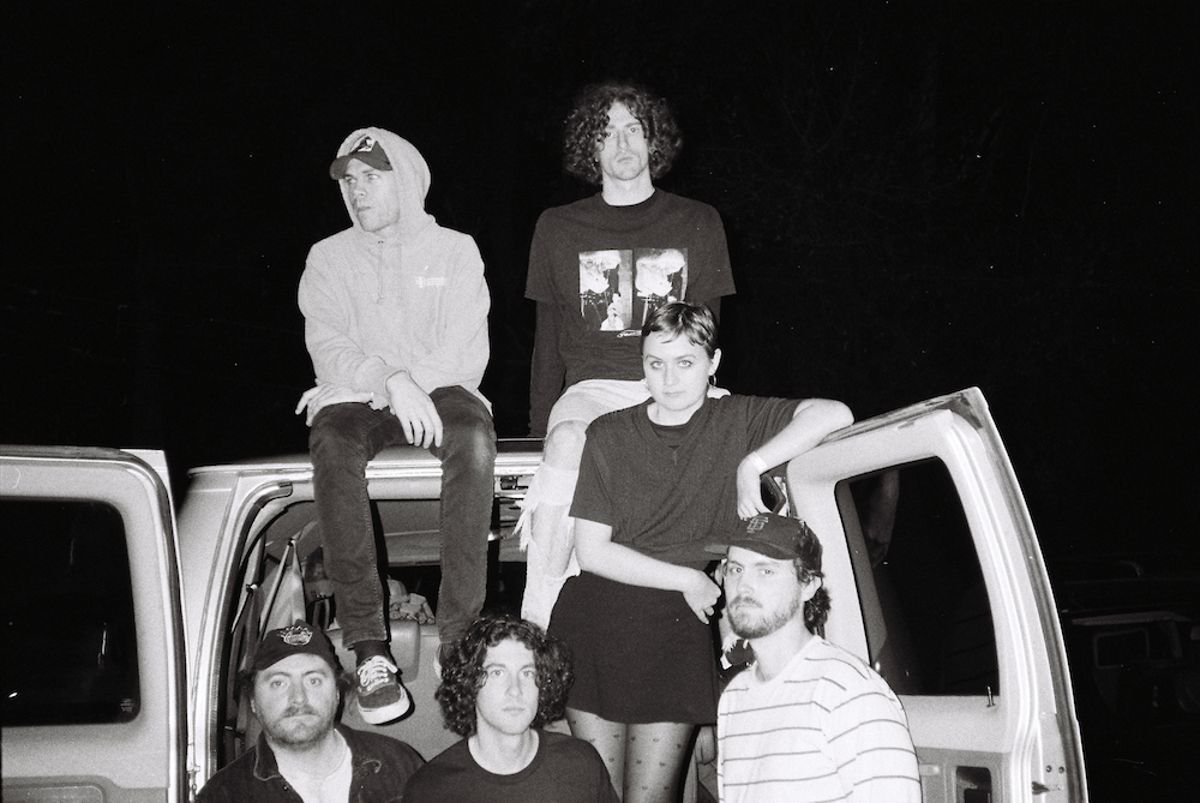 Knifeplay is a band that eludes definition, existing somewhere between the nihilistic detachment of shoegaze and the emotional honesty of folk songwriting. They’ve made a slow and careful shift from being the solo bedroom recording project of songwriter, Tj Strohmer, to a collaborative, production-focused studio-recorded band. Through their ever-expanding genre palette, range of fidelities, and a long list of collaborators runs a unique mood that ties everything together.
Informed by his experiences living in Philadelphia and their contrast with his rural southern Maryland upbringing, Strohmer’s sometimes straightforward, sometimes dreamlike lyrics feature scenes of darkness from many different aspects of life. He deals with themes of death, drugs, heartbreak, abuse, and self-destruction, all expressed through an androgynous vocal style, which, combined with the band’s lush, often dense orchestral instrumentation gives a beautiful lightness to the heavy subject matter.
Knifeplay has earned a dedicated cult following since their 2017 debut with their home-recorded Eps, acclaimed debut album Pearlty (2019), a lengthy B-Sides Compilation (2020), and an EP Hurt Someone (2021 Born Losers Records). The latter of which was a part of their 2021 studio work with acclaimed Philadelphia engineer/mixer/producer Jeff Zeigler.
Knifeplay is: Tj Strohmer (guitar, vocals, songwriting), Alex Stackhouse (bass), John Scortino (drums), Max Black (keys), John Klein (lead guitar).

HALLOWEEN
Ethereal Glam-Core project From Philadelphia, PA, The bands first self titled EP has a 90s flair with familiar noise, but floats off to a mix of odd external influences, deeply embedded within the group.