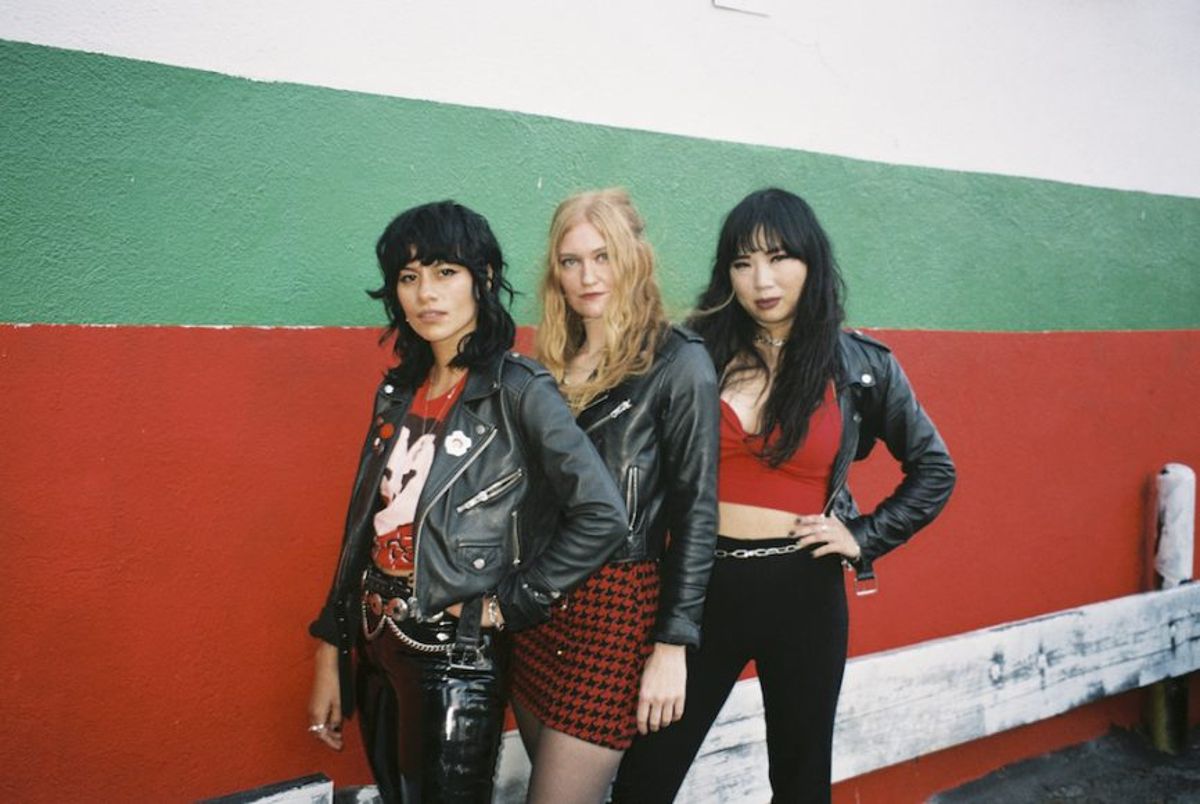 L.A. Witch’s self-titled debut album unfurled like hazy memories of late night revelries in the city center creeping back in on a hungover Sunday morning. Guitarist/vocalist Sade Sanchez purred and crooned over jangling guitar chords, painting pictures of urban exploits, old American haunts, and private escapades with a master’s austerity. Bassist Irita Pai and drummer Ellie English polished the patina of the band’s vintage sound, adding a full-bodied thump and intoxicating swing to the album’s dusty ballads, ominous invitations, and sultry rock songs. The album had an air of effortlessness, like these songs were written into the fabric of the Western landscape by some past generation and conjured into our modern world by three powerful conduits. The band readily admits that L.A. Witch was a casual affair and that the songs came together over the course of several years. That natural flow hit a snag when the band’s popularity grew and they began touring regularly, so a new strategy became necessary for their sophomore album, the swaggering and beguiling Play With Fire.

Where L.A. Witch oozed with vibe and atmosphere, with the whole mix draped in reverb, sonically placing the band in some distant realm, broadcast across some unknown chasm of time, Play With Fire comes crashing out of the gate with a bold, brash, in-your-face rocker “Fire Starter.” The authoritative opener is a deliberate mission statement. “Play With Fire is a suggestion to make things happen,” says Sanchez. “Don’t fear mistakes or the future. Take a chance. Say and do what you really feel, even if nobody agrees with your ideas. These are feelings that have stopped me in the past. I want to inspire others to be freethinkers even if it causes a little burn.” And by that line of reasoning, “Fire Starter” becomes a call to action, an anthem against apathy. From there the album segues into the similarly bodacious rocker “Motorcycle Boy”—a feisty love song inspired by classic cinema outlaws like Mickey Rourke, Marlon Brando, and Steve McQueen. At track three we hear L.A. Witch expand into new territories as “Dark Horse” unfurls a mixture of dustbowl folk, psychedelic breakdowns, and fire-and-brimstone organ lines. And from there the band only gets more adventurous.

Cult Objects are a Philadelphia post-punk trio with equal love for cacophony and melody. Featuring Larissa Sapko on bass, Charlotte Anne Dole on drums, and Lauren Leilani Iona on guitar and vocals, their debut record Secrets of Pain-Free Living is all thrashing guitars and relentless drums, screaming lyrics that are simultaneously vicious and vulnerable. You can find their music streaming on all platforms, at cultobjects.bandcamp.com or through Philly based punk distribution label World Gone Mad (worldgonemadrecords.bandcamp.com).