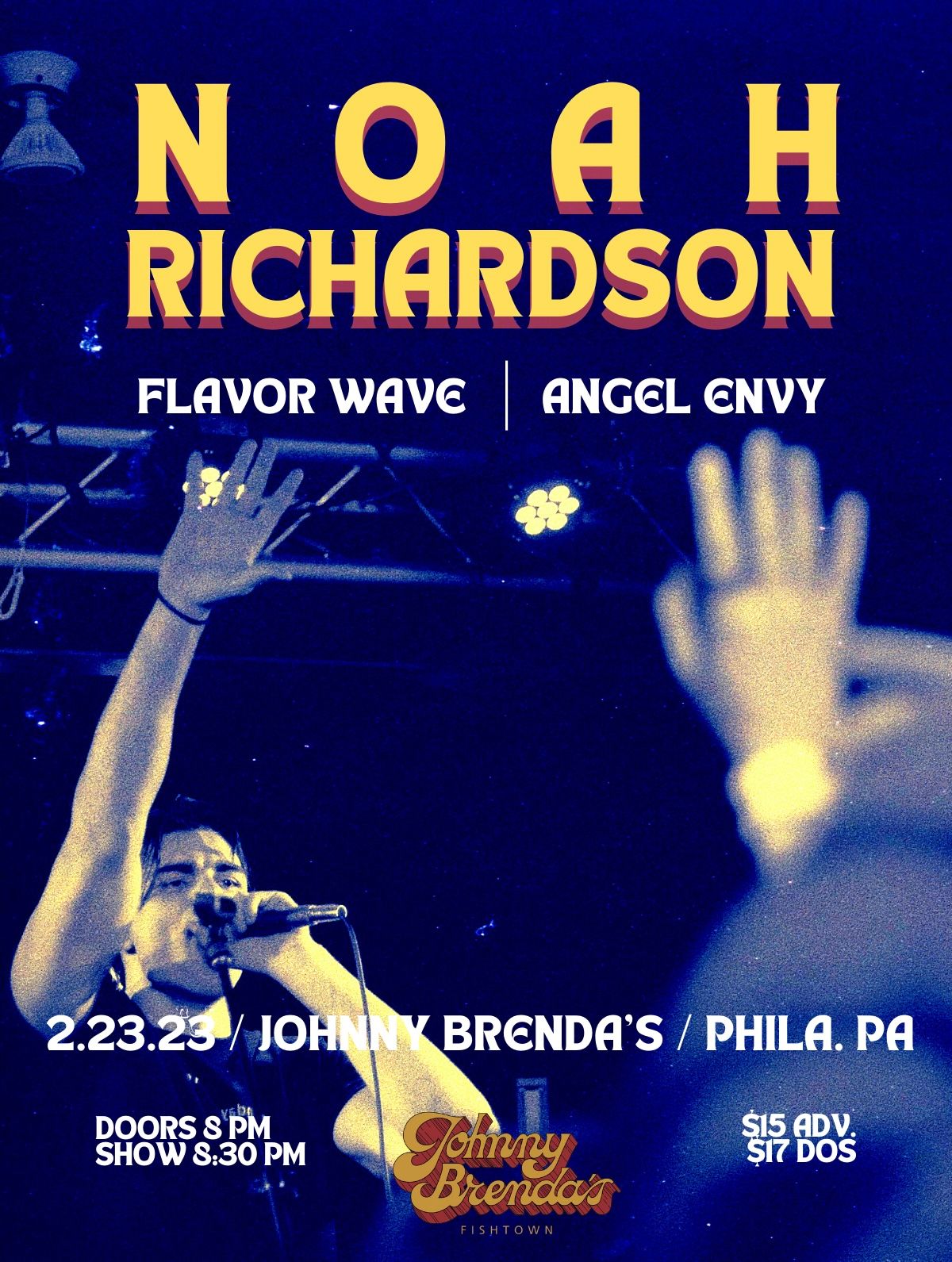 Noah Richardson, (24) is an alt-pop artist out of Philadelphia. Writing music in his funeral home basement, Richardson’s artistry has received interest all over,  from NBCs’ “The Voice”’ to Unclear Magazine’s “Next Artist to Watch”. Richardson in less than a year has gone from playing the streets of Philly to playing in front of 15,000 people.

Flavor Wave is an alternative rock band out of West Chester, a suburb outside of Philadelphia.  The band is comprised of five childhood friends who have gone from the elementary school playground to the musical stage. With a wide array of influences in the alternative rock world, Flavor Wave incorporates smooth vocal harmonies, driving rhythms, and tasteful electric guitar riffs into their original sound and energetic performances. They have recently taken their talents to the studio, where they have been fine tuning their music to be shared with the world.

Angel Envy is an, “Internet Rock” band born in Philadelphia, Pennsylvania. Comprised of vocalist Victor Antonio, guitarist Matt Fischer, drummer Chris McAvoy, and bassist Dom Glisson. Originally formed during the 2020 lockdown in secret, Angel Envy spent all of two years crafting a mix of songs for every occasion before releasing their first official song in September, 2022. Preferring not to stick to one genre, the group aims to create whatever type of music they enjoy at the time.